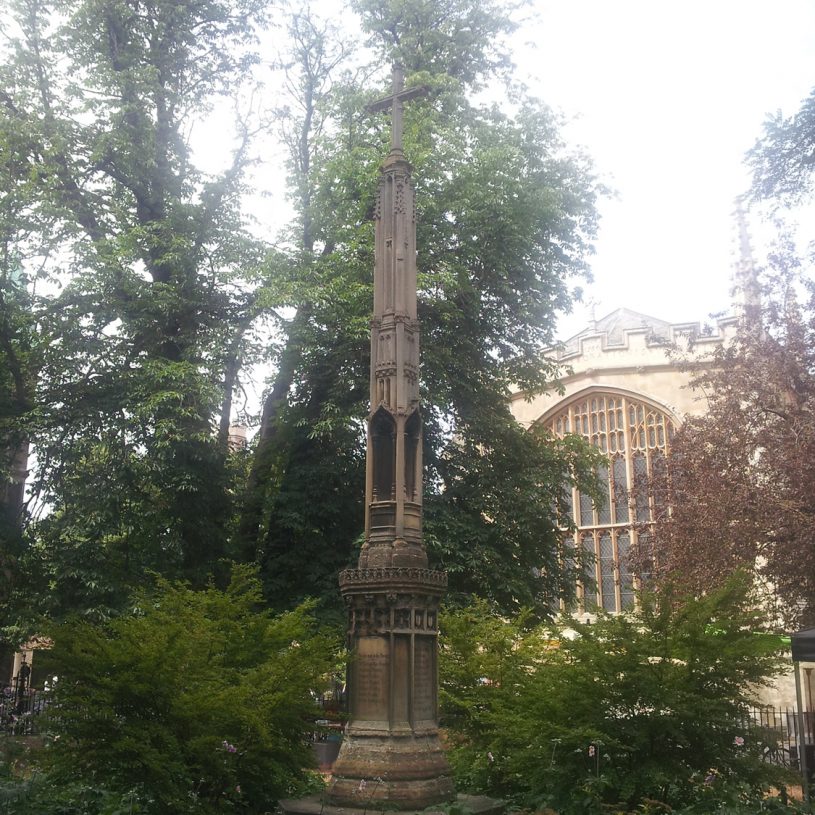 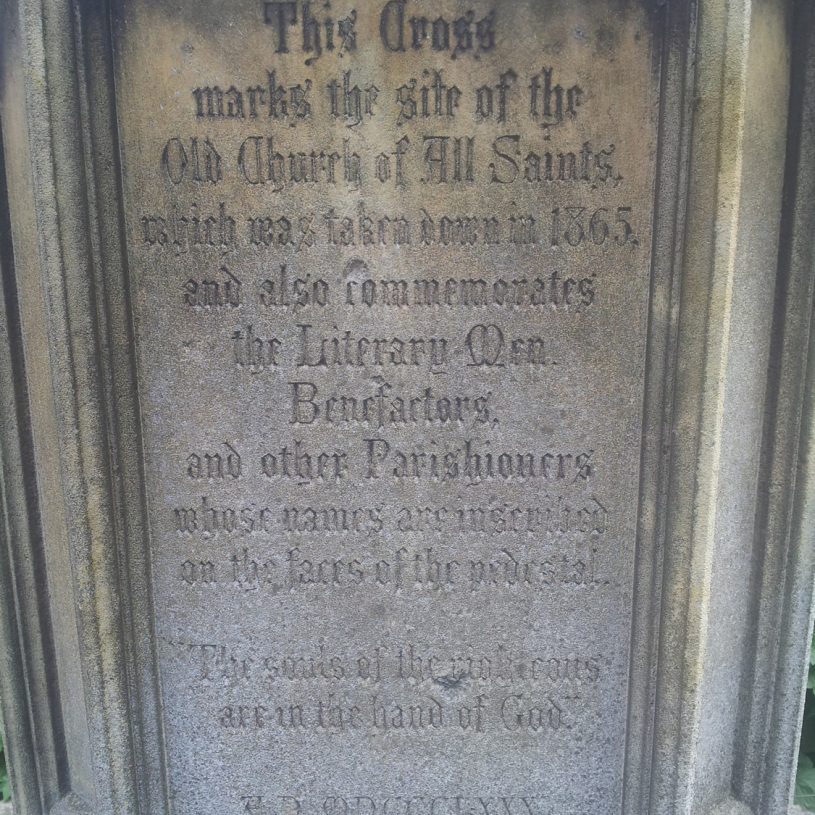 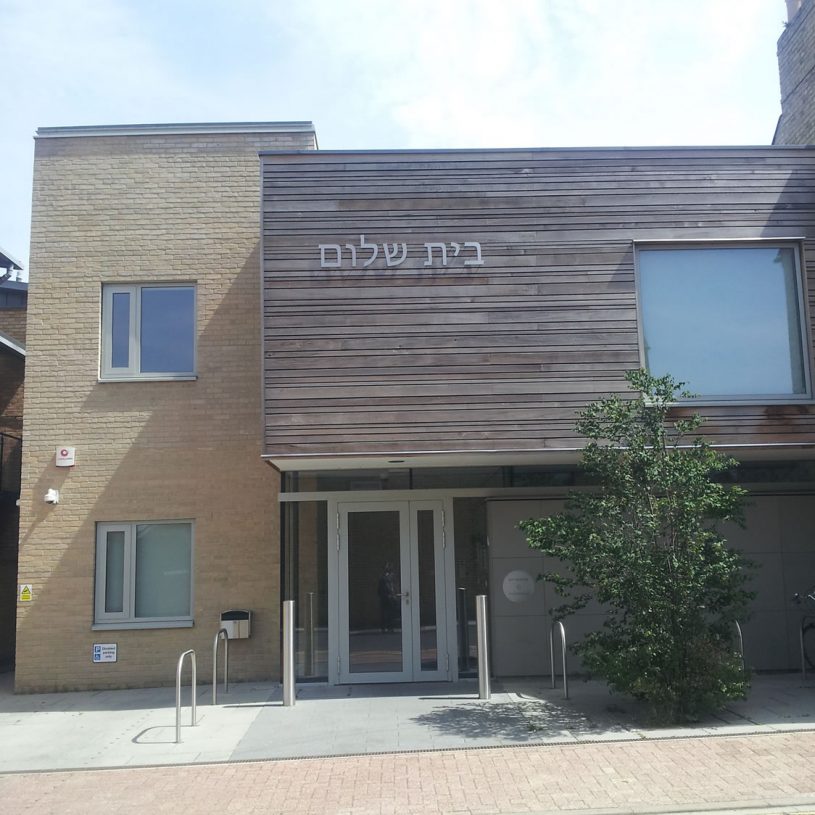 Currently, All Saints’ Garden is a public courtyard where an Art and Craft market is held. It is located opposite Saint John’s and Trinity Colleges. There is a monument in the centre, marking the fact that it was previously the churchyard of the church known as All Saints in the Jewry. The church itself was demolished in 1865 and moved to a location nearby in Cambridge.

The reference to ‘in the Jewry’ in the former church’s name points to the fact that this specific area was previously part of Cambridge’s medieval Jewish Quarter.  There was a Jewish community in Cambridge until 1275, when all Jews were banished from the city.  (For comparison, Cambridge’s first college, Peterhouse, wasn’t founded until 1284.)  This ban on Jews living in Cambridge occurred during a period of wider Jewish expulsions, culminating with the edict of King Edward I, in 1290, expelling all Jews from England.

By the 1800s, a community of Jews was living in Cambridge again, although Jews (along with other non-Anglicans) were not allowed to receive degrees from the University until 1856.

There is a monument in the centre of the garden, marking the fact that it was previously the churchyard of the church known as All Saints in the Jewry, which points to the fact that before the church was built, this area was part of medieval Cambridge’s Jewish Quarter.

The space was created when the church was demolished in 1865 and moved to Jesus Lane in Cambridge. The church was getting too small for its growing congregation and a larger building was needed.  The memorial cross in the middle of the space was designed by Basil Champneys in 1882.

This area constitutes a historical ‘space of absence’; it is important because of something that is no longer there. However, Jews were later allowed to return to England in the 1650s, under Oliver Cromwell.  By the 1800s, there was a community of Jews living in Cambridge again, although Jews, (along with other non-Anglicans), were not allowed to receive degrees from the University until 1856. 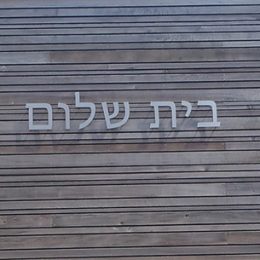 Today, Cambridge has two synagogues (see the photograph at the top of the page) and an active Jewish Student Society – thus, the historical space of absence can be juxtaposed with current spaces of presence.

The changes to the space correspond to various changes in historical Jewish-Christian relations.  We can see that prior to the expulsion in 1275, Jews and Christians lived alongside one another in Cambridge.  Yet, we can also see that there was a degree of geographical separation between the communities, as Jews were only allowed to live in one specific area of the city.

We can also see that after the expulsion, the memory of the former Jewish community was not completely erased, even in the absence of actual Jews, as the church that was built in the same place went by the name of ‘All Saints in the Jewry.’  Interestingly, in the space as it exists today, no memory or mention of the previous Jewish Quarter remains, as the memorial marker (from 1880s) in the centre of the courtyard, refers to the former church simply as ‘All Saints.’  In today’s Cambridge, we find various individuals from a wide-range of religious traditions, but not confined to specific areas. 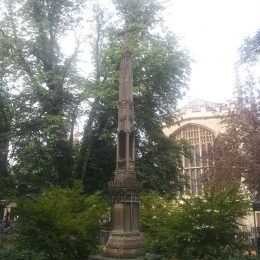 Opposite Saint John’s and Trinity Colleges, bounded by All Saints Passage and Trinity Street. A public courtyard where an Art and Craft market is now held.