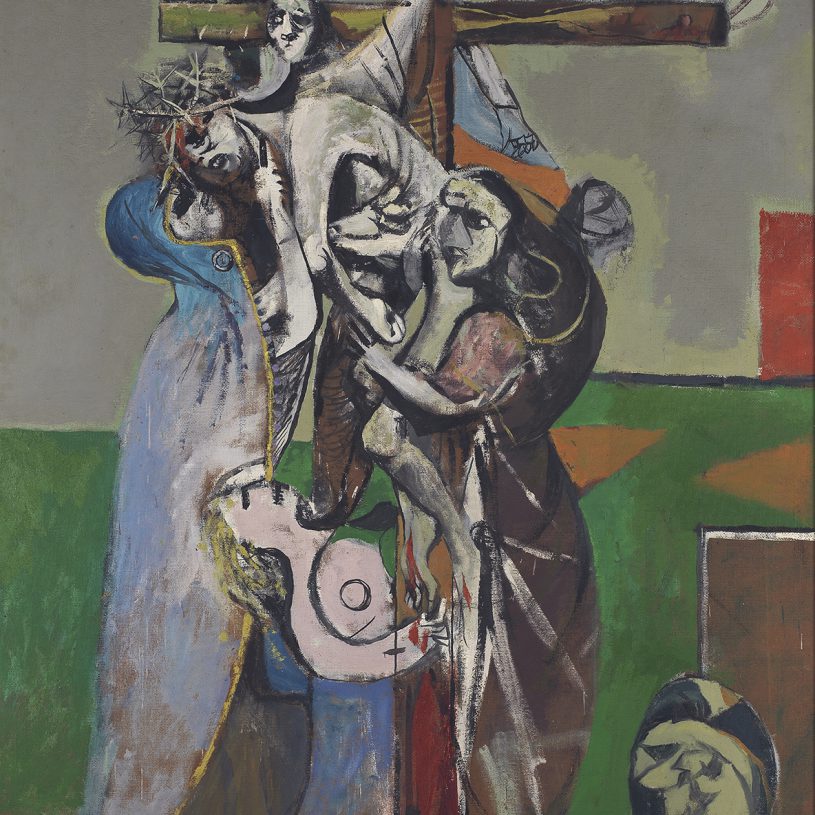 A modern painting, showing Christ’s crucifixion on the cross.

The Deposition, sometimes also called The Descent from the Cross, is the scene, as it is shown in art, when Christ was taken down from the cross after his crucifixion.

The artist also wanted to show that there is always hope.

Graham Sutherland was a modern artist, who felt moved by the terrible events of the Nazi Holocaust. The main biblical characters in the painting are Christ, the Virgin Mary, Mary Madgalene, and Joseph. They all look very unwell and weak, rather like the Jewish survivors from one of the Nazi extermination camps. The artist wanted us to compare these two sad events in history. 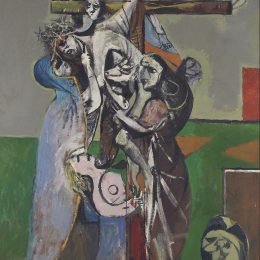 There are many different examples of this scene depicted in art, from the 9th and 10th centuries to the present day, including a wealth of depictions from the 15th to 17th centuries, by artists such as Fra Angelico, Michelangelo, Caravaggio and Rubens.

Graham Sutherland wanted people to look upon this painting and think about the two stories being told. The first, of Jesus’ death on the cross, the other of the terrible events that happened during the Holocaust. The main biblical characters look very unwell and weak, rather like the Jewish survivors from one of the Nazi extermination camps. The artist wanted us to compare these two sad events in history.

The artist also wanted to show that there is always hope. With that in mind, we can then think of the Jewish survivors who walked free from the camps, and that Christ, although crucified, rose again in a resurrection.

He said of the image:

“The crucifixion interested me because…it is the most tragic of all themes, and yet inherent in it is the promise of salvation. It is the symbol of the precarious balanced moment, the hair’s-breadth between black and white.”

He hopes to make peace with the events of the Second World War and this image sends the message that, even in the bleakest moments of suffering, there is hope. 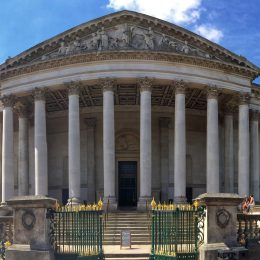 The museum is free to visit and open regularly. With changing exhibitions and special events for all ages. Visit their website for more details.