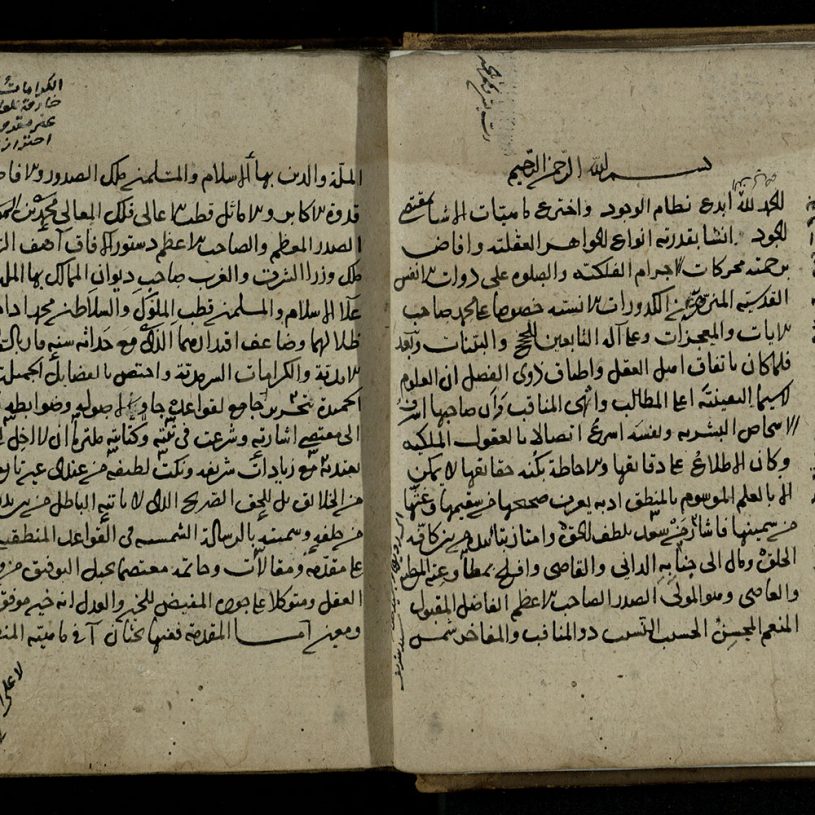 The Epistle on Logical Rules for Shams al-Din

This is a manuscript written in Arabic and is probably the most widely used textbook on logic of all time.

This is a manuscript written in Arabic. Since it has been used from the 1300s until today, from Morocco to India, it is probably the most widely used textbook on logic of all time.

Since it has been used from the 1300s until today, from Morocco to India, it is probably the most widely used textbook on logic of all time.

In the course of time, many Muslim scholars decided that Greek philosophy could help in understanding scripture and other authoritative texts. The Epistle is still read by Muslims today, in the course of a formal religious education; for example, anyone who studies theology and religious law in Lebanon, Iraq, or Iran, will have to read it.

This document shows that logic is firmly embedded in one tradition of Muslim religious education. It highlights how some scholars try to understand their beliefs and practices in strictly rational and logical ways.

Some Jewish religious scholars were attracted to this rational articulation of religious beliefs, and The Epistle was translated from Arabic into Hebrew. However, it never attained the same cult status in Hebrew that it had in Arabic. The public may visit the Wren Library during public opening times, or consult the special collections by prior appointment. See their website for details.

Arabic and Islamic Philosophy of Language and Logic

Arabic and Islamic Philosophy of Language and Logic